Many of us choose television and movies as a relaxing activity when we have some down time. Often we mindlessly select a program and zone out. These 5 Netflix documentaries, however, have the potential to expand your knowledge about business while also meeting the need for some down time and relaxation. Netflix has a variety of business-oriented documentaries that anyone with a subscription can stream instantly.

The quality at which you operate can transform your life. Watch Jiro Dreams of Sushi. Jiro Ono is a sushi chef and restaurant owner in his late 80’s. Some would call him a perfectionist, but a more accurate description is that the standards he has are so much farther beyond the scope of most anybody, that a "perfectionist" is the closest thing they can fathom. His dreams took him a lifetime to achieve, but this did not discourage him. His attention to detail is only second to his passion for quality, which both amount to an incredible experience for both him and the customer. He is not only meticulous in his own executions, but also in the extensive training process that he provides. This 81 minute documentary shows that it is never too late to achieve greatness and that hard work truly does pay off.

Stay grounded, stay relevant, stay persistent and you will accomplish your goals. Joan Rivers: A Piece of Work takes a look at both the professional and personal aspects of the life of Joan Rivers. This documentary was created after the filmmakers spent a year following Joan. They got quite familiar with the intricacies of her life. As someone that spent decades in the spotlight, Rivers had to maintain a competitive edge to stay relevant. Her dedication to treat her staff fairly was remarkable. Not unlike many business owners today, she was noted for going above and beyond to make sure she was able to pay them when she herself was struggling. She thrived on unique and effective systems for organizing her life. As a business owner or entrepreneur, you can take away lessons taught by observing the incredible determination and hard work that Joan Rivers put in to achieve her own personal success.

Falling down is a lesson, staying down is a failure. Inside: Lego is a short 20 minute documentary which is perfect for some quick inspiration. This film takes you through the history of Lego, including their near demise. Everyone is familiar with the Lego company. However, most are not familiar with the intense struggles the company overcame in the early 2000's. This piece examines the downward spiral of the company as well as their incredible and encouraging turnaround. Looking at the steps the company took to keep themselves afloat and return stronger than ever embodies the resilience that you will need to accomplish the results that you want in your own business. To date, Lego is one of the fastest growing and well known toy companies in the world, for good reason.

Legacy through vision. Steve Jobs, the late CEO of Apple, is well known for his work, vision, and design style. In the PBS documentary Steve Jobs: One Last Thing, Steve Jobs’ life and career are outlined. Steve Jobs helped mold and change the way we use technology today. His work spans across the globe. Jobs was less commonly known for the inspiration he delivered to his staff. The way he inspired his team is brought to the surface here. Those that studied his work know that he was about ease and simplicity for the end consumer. Apple built a raving fan base because of these core principles. This documentary walks you through his philosophies, vision, and determination through some previously unreleased interviews.

With determination, persistence, and focus, you can move mountains... or at least scale them. K2: Siren of The Himalayas is the incredible story that follows a climbing team that set out in 2009 to summit the K2 mountain, one of the largest on the planet. Ascending a mountain takes determination, preparation, and strategy. These qualities are also needed for building a business. Mountain climbers are very much like entrepreneurs, in that they continually want to ascend, push themselves, build a team under one mission, and live every step along the way. 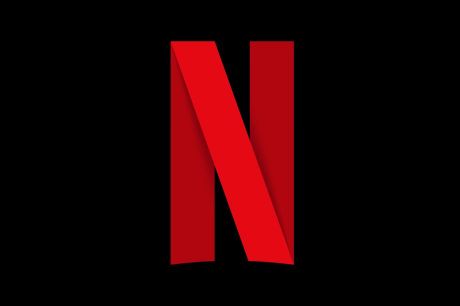 We all need time to unwind from the stresses of the day. Next time you grab a bowl of popcorn and sit down to channel surf, consider choosing one of these documentaries and improving yourself and your business instead!